The Curonian Spit is a completely unique place. This thin sand-dune spit stretching for almost 100 km, with natural landscapes created by time and wind, is distinguished by exceptional beauty and its aesthetic influence on any person. About half of the Curonian Spit is located in Russia, and the other half in Lithuania. But in each of the countries, it is a national park and UNESCO World Heritage Site.

I read The Pavilion on The Links by Robert Louis Stevenson as a child, and then quite vividly imagined the place described in it. But it was only on the Curonian Spit that I really understood how it really should be — the cries of seagulls, the long strip of surf, the sea, the salty wind beating your face, and the shifting sands around which it is better not to walk. 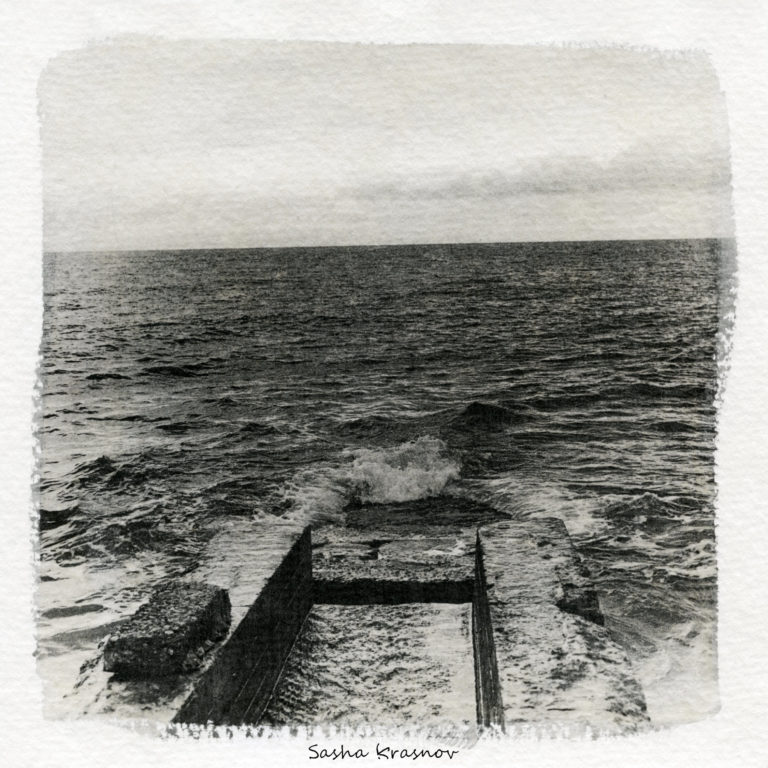 In fact, this place doesn’t entirely belong to the Curonian Spit, it is located at its very beginning — in Zelenogradsk (former Cranz), a city that often serves as a starting point for a trip to the spit.

This is the only city on the way to it, which you simply cannot get past, after which begins the National Park.

Zelenogradsk is a spa town, and cutwaters are located in its beach area to reduce the waves. But the waves seem quite strong when you look at them from the cutwater. It’s particularly interesting that the water itself looks completely black on the print. 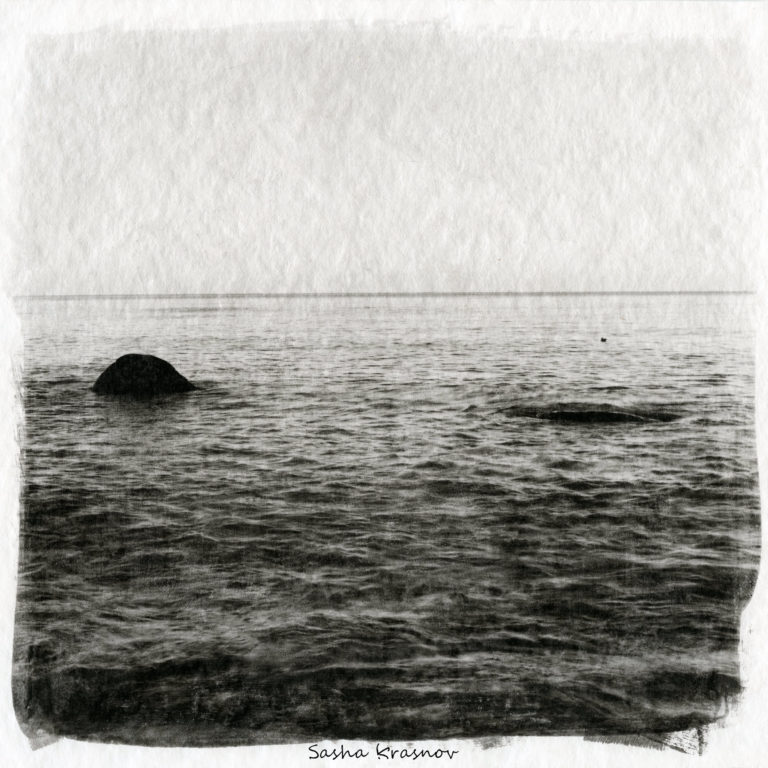 This print, like the previous one, was also made not far from Zelenogradsk. In general, this is a fairly typical picture for the coastal zone of the Baltic Sea.

I stood for quite a while before these two stones, gazing in fascination at how they disappeared under the wave and reappeared again.

And only the gull, which turned into a speck behind the right stone always remained on the sea surface. 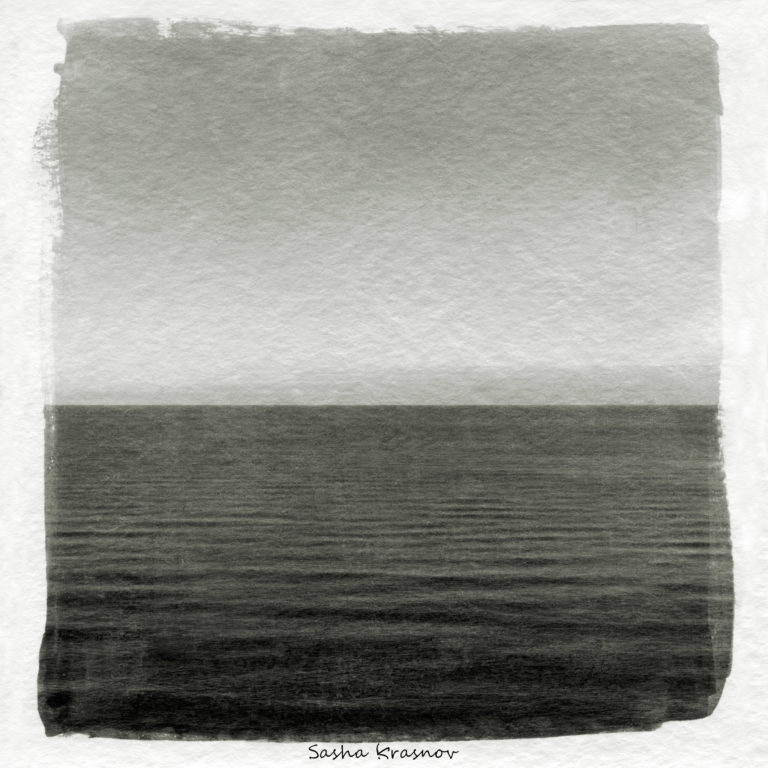 The seascape on this print looks as if it was made in an open sea. But in fact, it was shot from a small hill in the direction of Curonian Lagoon, in which there is literally no waves and the water surface is always calm.

And the scenery is always a simple and clear minimalist seascape, a flat surface Curonian Lagoon and a sky divided by the horizon. 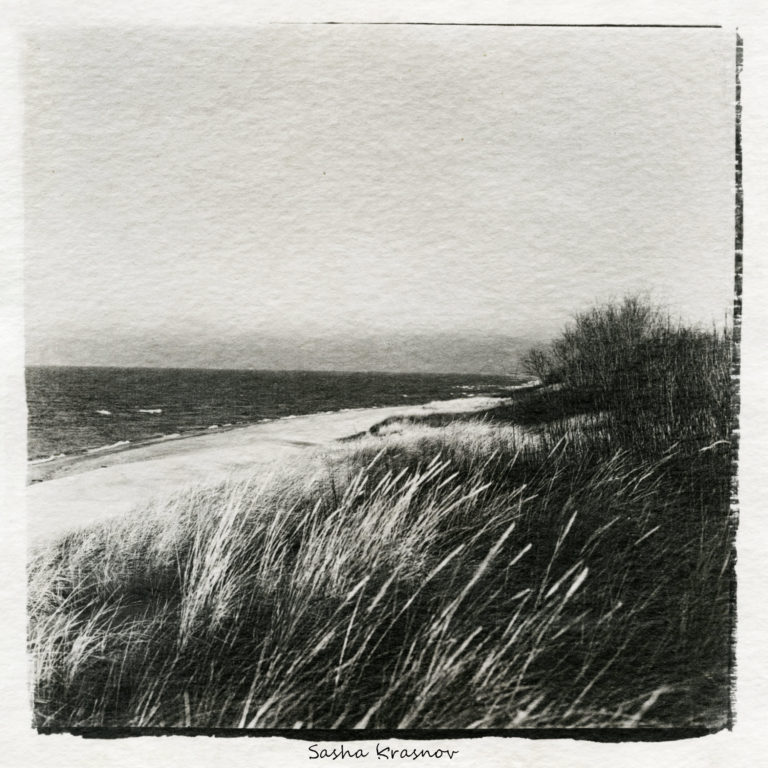 At first glance, there seems to be nothing unusual in this picture. But everything here is subject to movement — a combination of light and dark areas of “sky-sea-seashore-grass”, their geometry, barely noticeable waves on the sea, and grass trailing to the ground.

This grass is bright and fairy as if replicating the waves’ moves over land, driven by the wind blowing constantly from the sea. 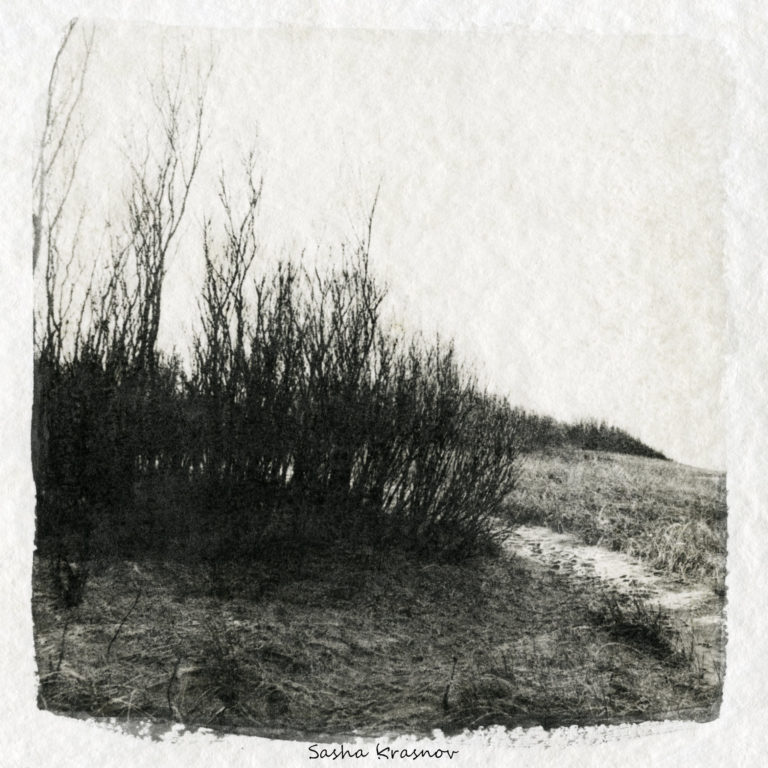 This shrub looks like a fence sticking out of the sand, blocking the way. You are standing and waiting for someone to appear from behind it and pass along this path.

But in fact, this is a hedge that helps to protect the area from the wind at the Curonian Spit, which blows in literally one direction. 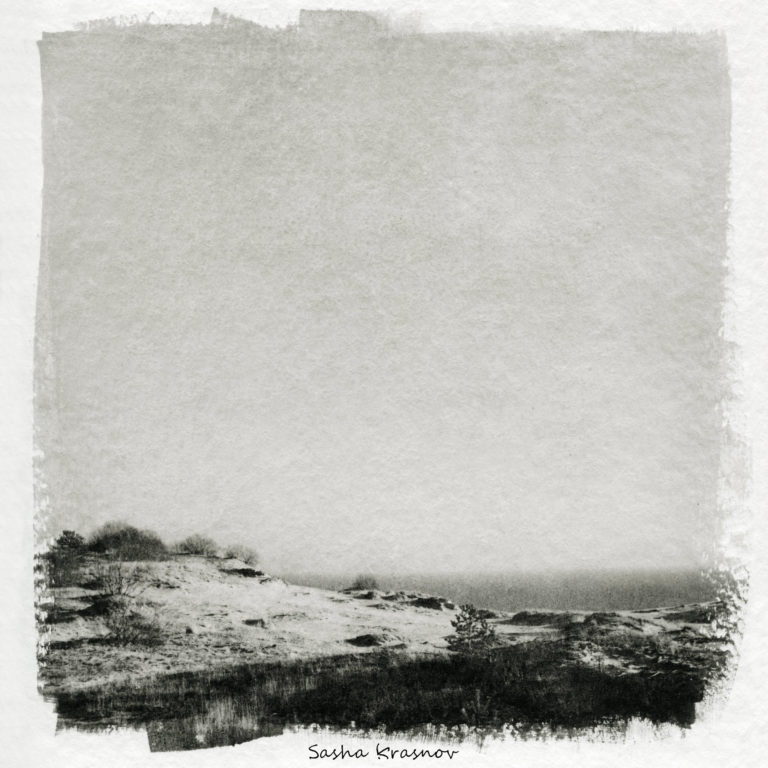 This is the highest point of the Curonian Spit (about 55m above sea level), a beautiful and surreal place in northernmost Russia. It was named after German scientist Franz Efa, who devoted his life to researching drifting sands.

After a long climb up you see a breathtaking Martian-like landscape and hear the sand moving… A clear blue sky blended with seawater and huge piles of sand everywhere. But don’t risk stepping on it as the sandy dunes may claim the lives of disrespectful visitors. 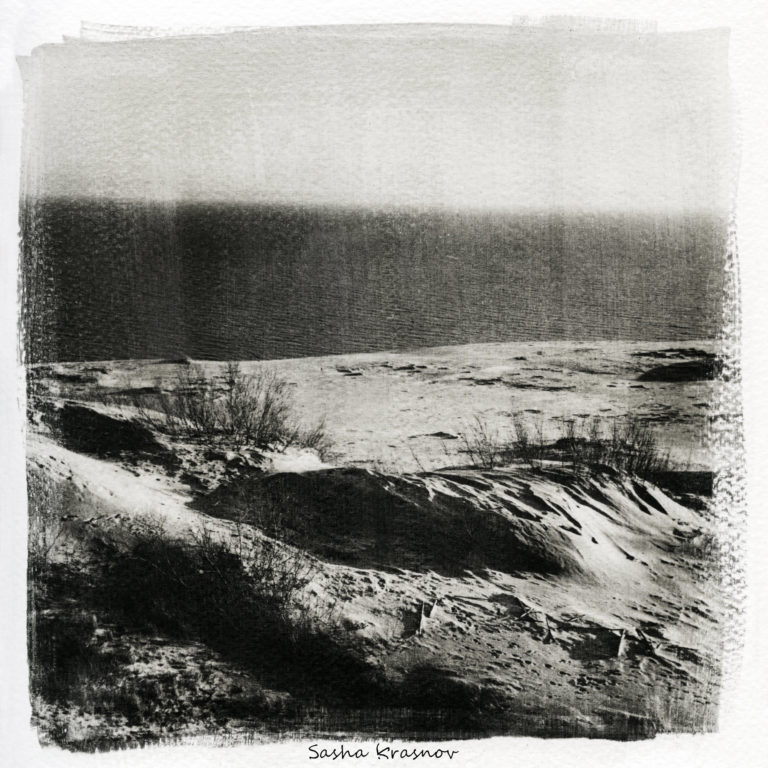 They are here everywhere. The dunes are very beautiful, resembling the sea made of sand. When you see them for the first time, you feel the temptation to walk on them to experience this sensation of movement.

But they are not only beautiful but also dangerous, because they mostly consist of shifting sands. And if you just make a wrong step, you may never get out.

Another danger lies in the fact that dunes can move from one place to another due to the wind. On the Curonian Spit, they swallowed more than one settlement, occasionally even several of them at once. To prevent this, a special bush is planted, which helps to anchor the sand. 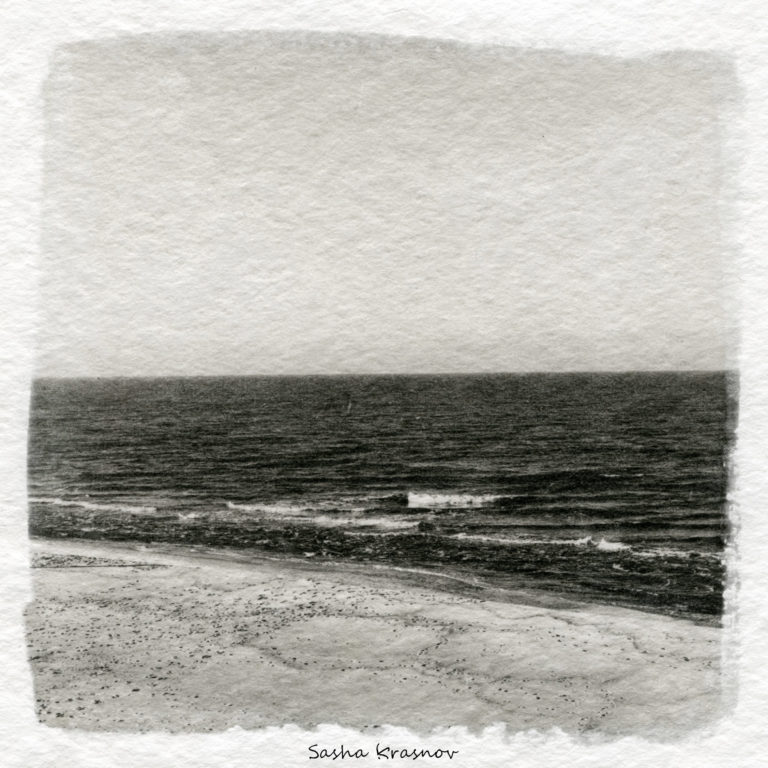 This sandy landscape shows part of the seashore at the UNESCO-protected Curonian Spit. When you walk along the coast, you can’t see these strange footprints made by animals and people. Only by climbing up the nearest dune, you can get a sight of this bizarre pattern created on the sand. 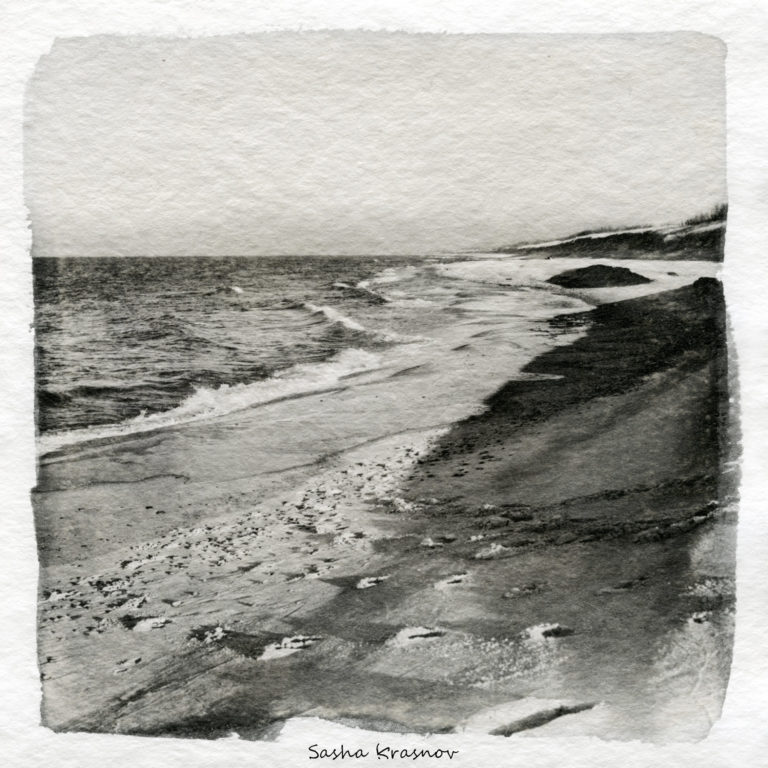 The Curonian Spit is quite a unique and surreal place as if specially created for the delight of landscape photographers. Its dunes, vast seashore covered with white sand, and the foamy Baltic sea all create a visual symphony of nature! This landscape reminds me of Mars.

For some reason, it seems to me that this planet once looked exactly like this when it had water and atmosphere, and perhaps also living creatures. 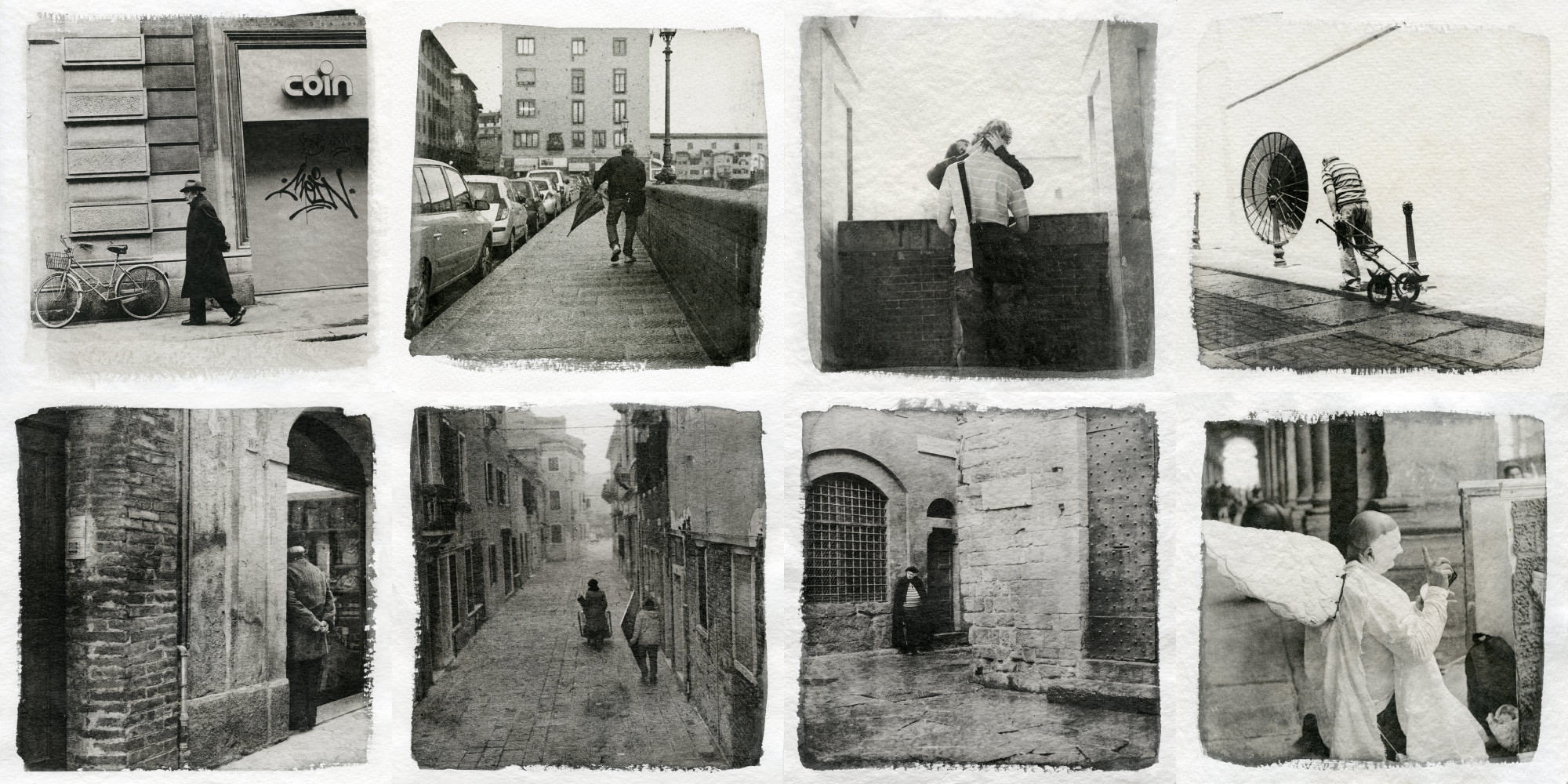 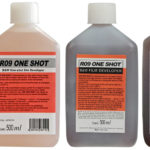 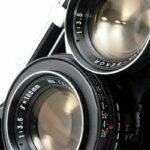