Mirror stuck up is a common problem of old Pentax 6X7/67 cameras when their mirror gets stuck in the upper position after the shutter has fired and remained open. There are several reasons for the mirror to lock up all the way with the shutter open, but the most common one has to do with the shutter holding magnet. The core of the magnet gets magnetized and stops releasing the second curtain. Usually cleaning the magnet and electrical contacts solves the problem. So, let’s begin the repairs.

Attention! Do not attempt to repair your camera until you read this article till the end! Well, to get access to the magnet and electrical contacts, you need to remove a few covers from the camera body. First, you need to take out the leatherette finishing (skin) which covers the screws. 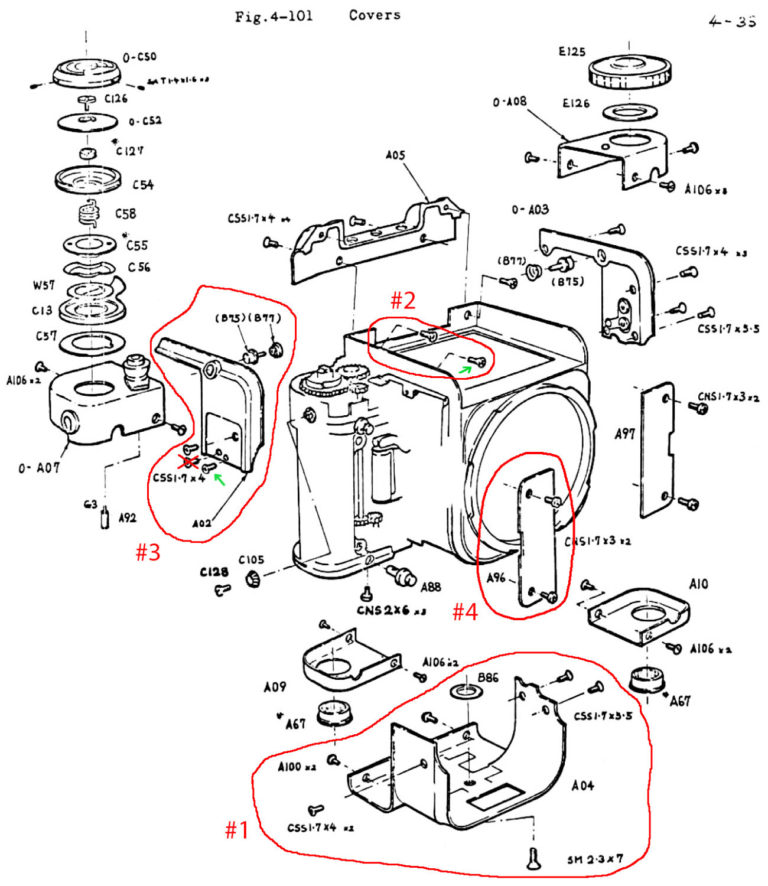 Next, let’s see a disassembling scheme on how to remove the covers. You can find it also on page 96 of the Pentax 6X7 Service Manual. See the image below for the details. I marked in red the parts that should be removed.

The original service manual available on the web is for earlier versions of the Pentax 6X7 camera with no mirror lockup unit. But the disassembling of Pentax 6X7/67 MLU cameras do not differ significantly.

However, there are some very important points.

1. Note the screws highlighted with the green arrows. The former is not shown in the original manual but is present in actual cameras. I’ve included it in the scheme.

2. Screw highlighted with the red cross in step #3 should NOT be unscrewed. It fixes the spring of the MLU lever. This spring prevents the lever from dangling. See the image below for the details — the red cross indicates the same screw as on the scheme.

3. The green arrows indicate the screw mount places of the side cover which should be unscrewed — two screws under the leatherette finishing (left image) and other two screws from the side of prism/waist finder (right image).

Now you have access to the magnet and other electrical contacts. See the image below. The areas marked with the red arrows should be cleaned with a special liquid electrical contact cleaner or absolute ethanol.

To clean the magnet (marked with the left red arrow) you should cock the shutter, then take out the battery and press the shutter release button. The mirror will get raised by half, releasing the lever above the magnet. This will allow you to clean this spot well. 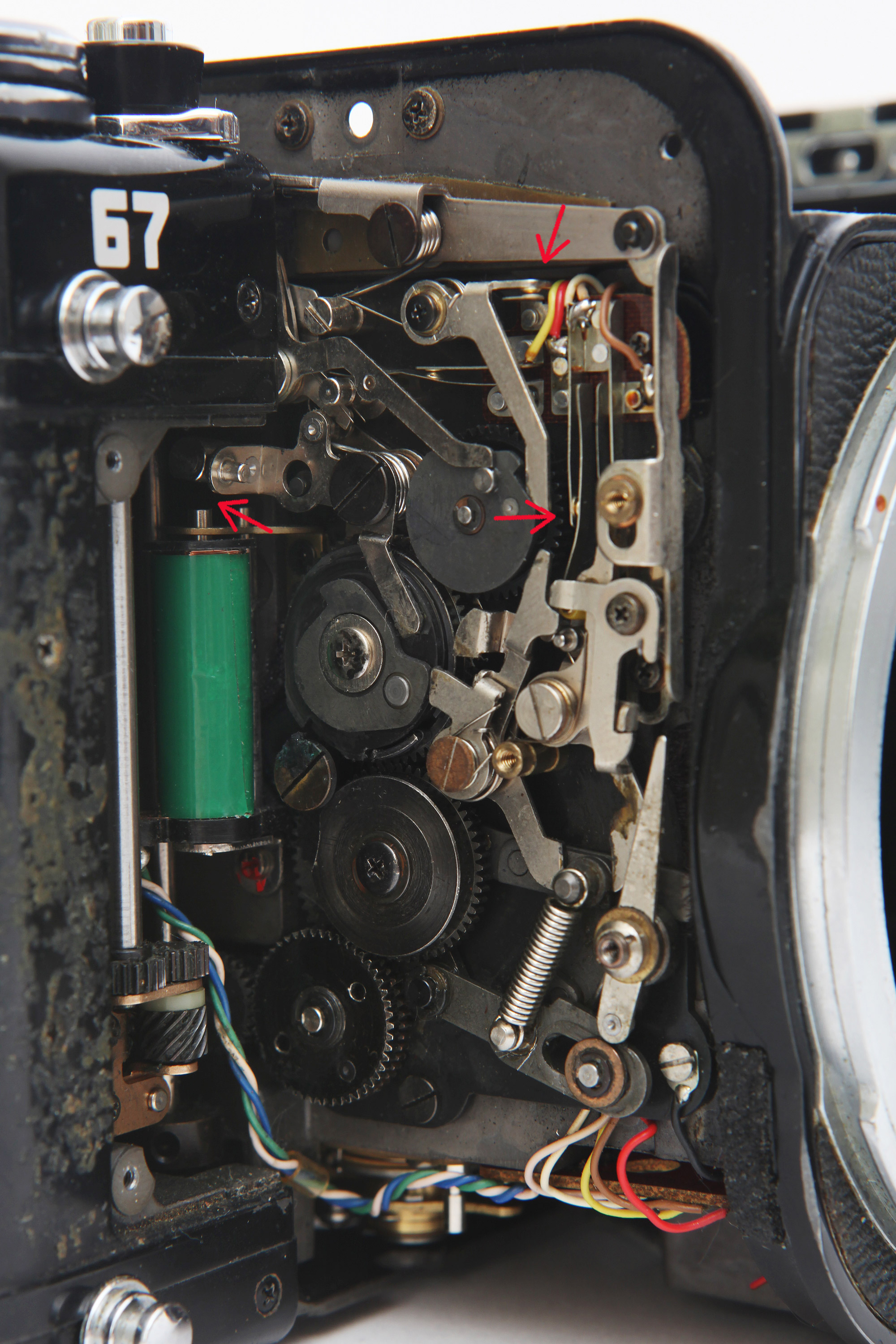 Now the cleaning is done. It’s time to check the camera. If the problem appeared during a shooting on slow shutter speeds, then start testing it on the fastest shutter speeds and vice versa. Watch this video for more details of the process. Do not forget to select HD quality of the video.

In its operating manual Asahi recommends checking a camera’s performance at least once a year to maintain it in good working condition. In my practice, it should be checked more often and it rather depends on the camera’s condition.

For instance, I had a camera body that was heavily used by its previous owner, and its mirror got stuck every time it had not been in use for two months or even less. However, I’ve noticed that “dry fire” helps to extend the period until the next mirror stuck.

I think the dirt resulting from gear friction near the magnet sticks to it tightly when a camera is not in use for a certain period of time. And the older your camera gets, the shorter this period becomes. Eventually, I disassembled my camera body and successfully repaired it. This experience enabled me to write this article. So, I think that it is a good practice to carry out a “dry fire” series if you don’t use your camera for at least two months.

Since publishing this article about repairing a mirror stuck on Pentax 6X7/67 cameras, I have received a lot of questions and comments about the details of this process. I decided to sum them up in a special FAQ section:

1. Is it necessary to remove all covers indicated in the diagram?

When I first disassembled my camera, I did not manage to remove the necessary covers indicated as step #3 and step #4 without disconnecting the cover in step #1. Subsequently, when other people began to use this mirror stuck repair manual, it appeared that it was not necessary to remove the cover on step #1, because it does NOT close the contacts that need to be cleaned to prevent the mirror stuck. It is also clearly visible on these photos made by Stefan Seip.

It seems that this is the most difficult part of the process because it remains one of the most frequently asked questions. Some people report that they have one extra screw in their cameras in step #3. 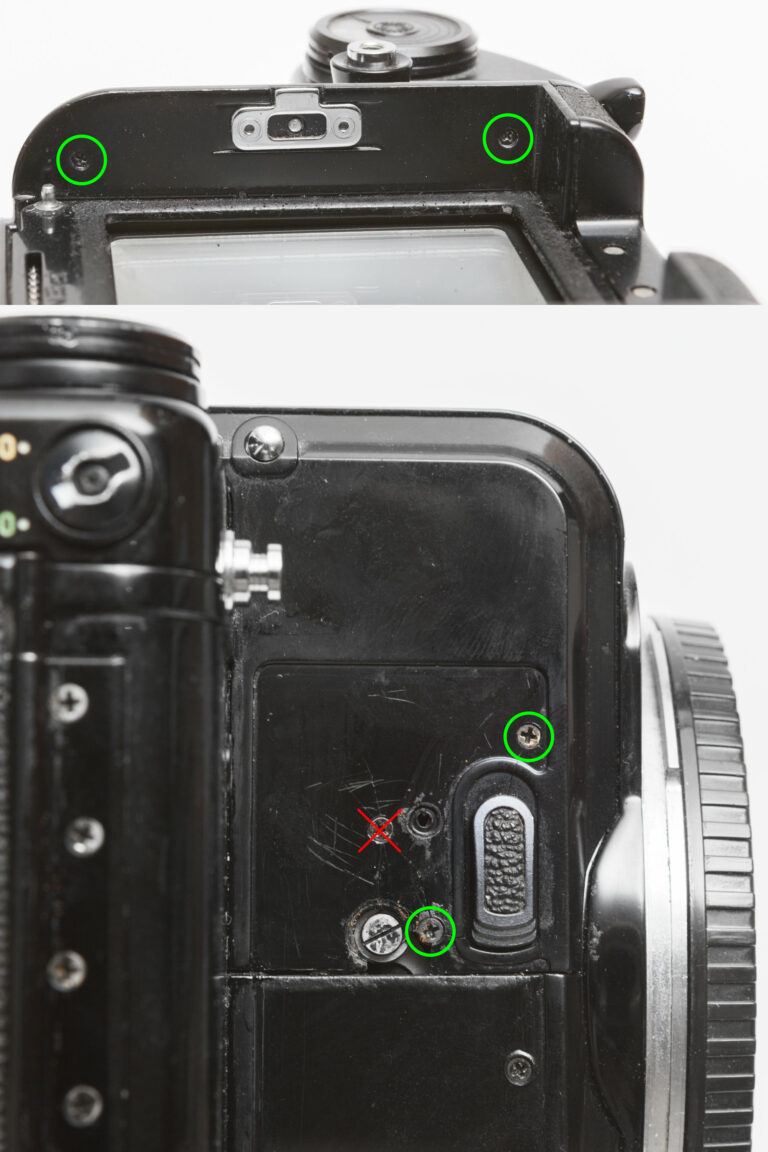 How to remove side cover on Pentax 6X7/67 with MLU

Strictly speaking, the disassembling scheme describes the oldest Pentax 6X7 w/o MLU, which may indeed differ in the number and position of the screws.

A careful analysis of this scheme gives rise to the feeling that the screws that need to be unscrewed are not indicated correctly on the original scheme. I updated it to match the actual Pentax 6X7/67 MLU camera more closely.

Also, the cover could get stuck in the camera body because of old ingrained dirt. If after unscrewing the cover is still “glued” to the camera body, try to remove it by gently inserting a thin screwdriver or knife between the cover and the body.

And finally, if you haven’t detached the bottom cover in step #1, it may prevent the removal of the left side cover as if it got stuck in the camera body. So, try to remove the bottom cover too.

Finally, look carefully and try to identify the area that prevents it from being removed and try to determine if there is an extra part of your particular camera. Refer to the photo of the side cover to determine positions of the screws which fix the cover to the camera body.

3. I have removed all the appropriate screws, but it still seems to be stuck near the little silver lock that holds in the prism.

Put the camera in front of you with its bayonet facing you. Then pull the left side cover to yourself and gently to the left. Also pushing the prism the lock button may help.

4. I have cleaned the contacts, but it did not help me.

When I started looking for possible solutions online, I discovered that cleaning the contacts under the shutter speed dial could fix the problem for some people. Unfortunately, it did not help me at all. Maybe, it works only for certain shutter speeds. However, why not try it if other solutions in this article prove to be ineffective in your case.

Also, a Pentax 6X7 user told me that cleaning the contacts did not help him, but he noticed that the “timing lever” to the left of the top red arrow in the photo was not moving freely and the spring which set this lever in motion was dry. So, he put a drop of oil on this spring, and the camera started working again! However, it should be noted that in his case the mirror stuck in halfway up. It resembled releasing the shutter with a dead battery. It is possible that these two issues are related to each other. In any case, you should also pay attention to this joint. Thanks to Goran Hrubi for sharing this information. Refer to the original post about solving his problem of mirror stuck halfway up for more details.

Ok, I hope that your camera is up and running again! In any case, I will be happy to hear about your own experience of mirror stuck repair. Leave your comments with details and I will gradually supplement this article with them. And, live long your Pentax 67 camera. 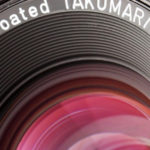