Unfortunately, I have never managed to make a personal acquaintance with famous artist Oleg Kulik, but I have been long following his public performances as a spectator. Although he was born in Kyiv, he happened to become one of the main figures of Moscow actionism, one of the most influential art currents in Russia during the 1990s.

Oleg Kulik is primarily associated with his canine performances, during which he impersonated a dog and even bit one of the spectators at an exhibition in Stockholm, provoking an international scandal.

But his sphere of creative interests is much wider and involves sculpture and photography. 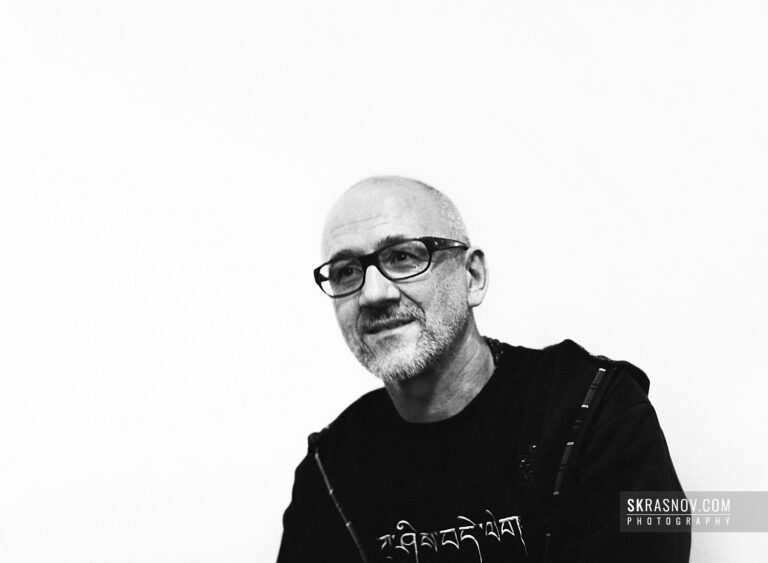 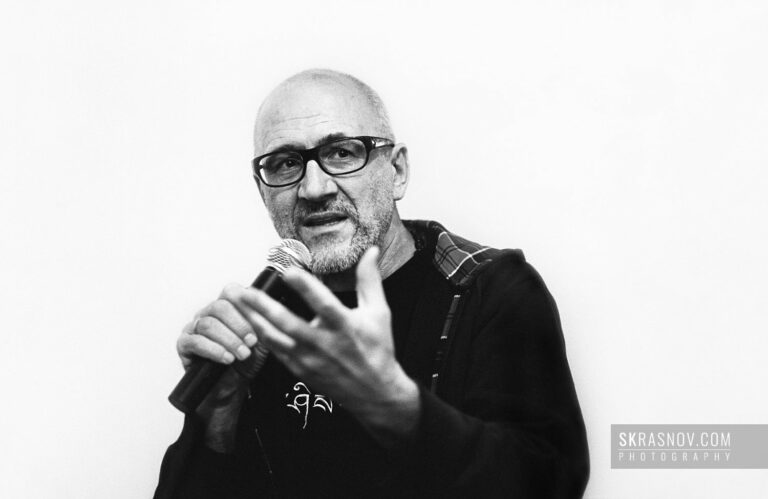 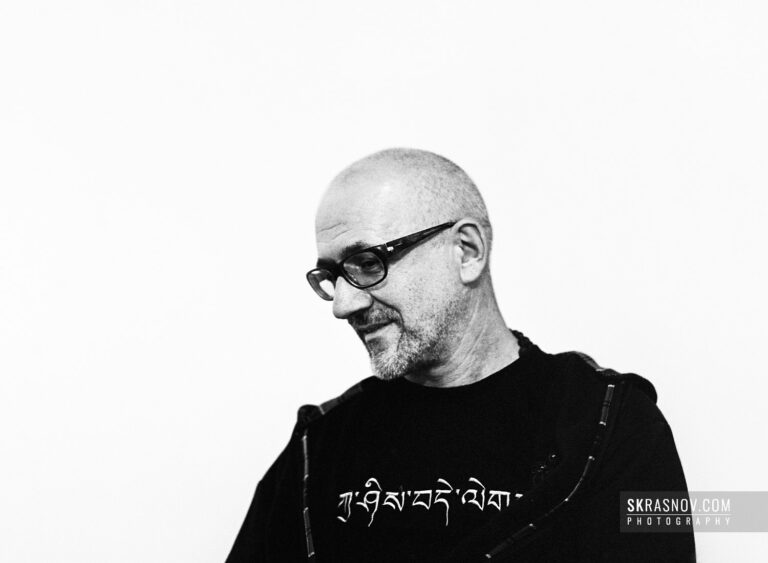 I did not seek a special meeting with him, but it turned out that I got to attend his lecture while visiting an exhibition of modern art in Moscow. I just sat down to listen to the lecture, expecting it to be interesting but failed to recognize him at first.

But after a while, I realized that “this is Oleg Kulik”, whom I’d previously seen many years ago at the opening of his major exhibition in Moscow, where his famous sculpture of a tennis girl was on display.

As I had a camera with me, I decided to make a few portraits of the living art legend. And it turned out that Kulik’s image in the late 2010s seemed to bear no traces of his dog impersonations. 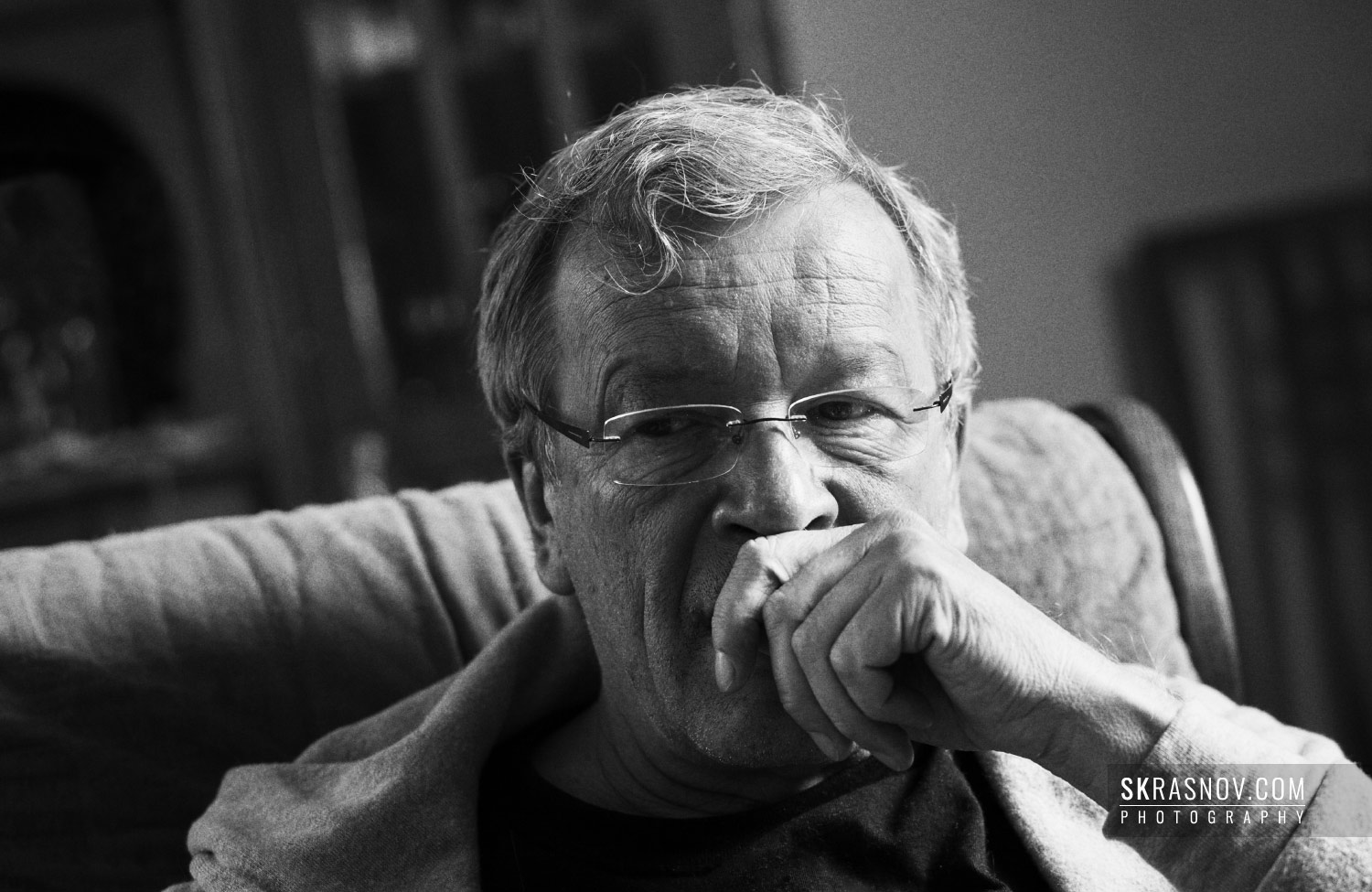 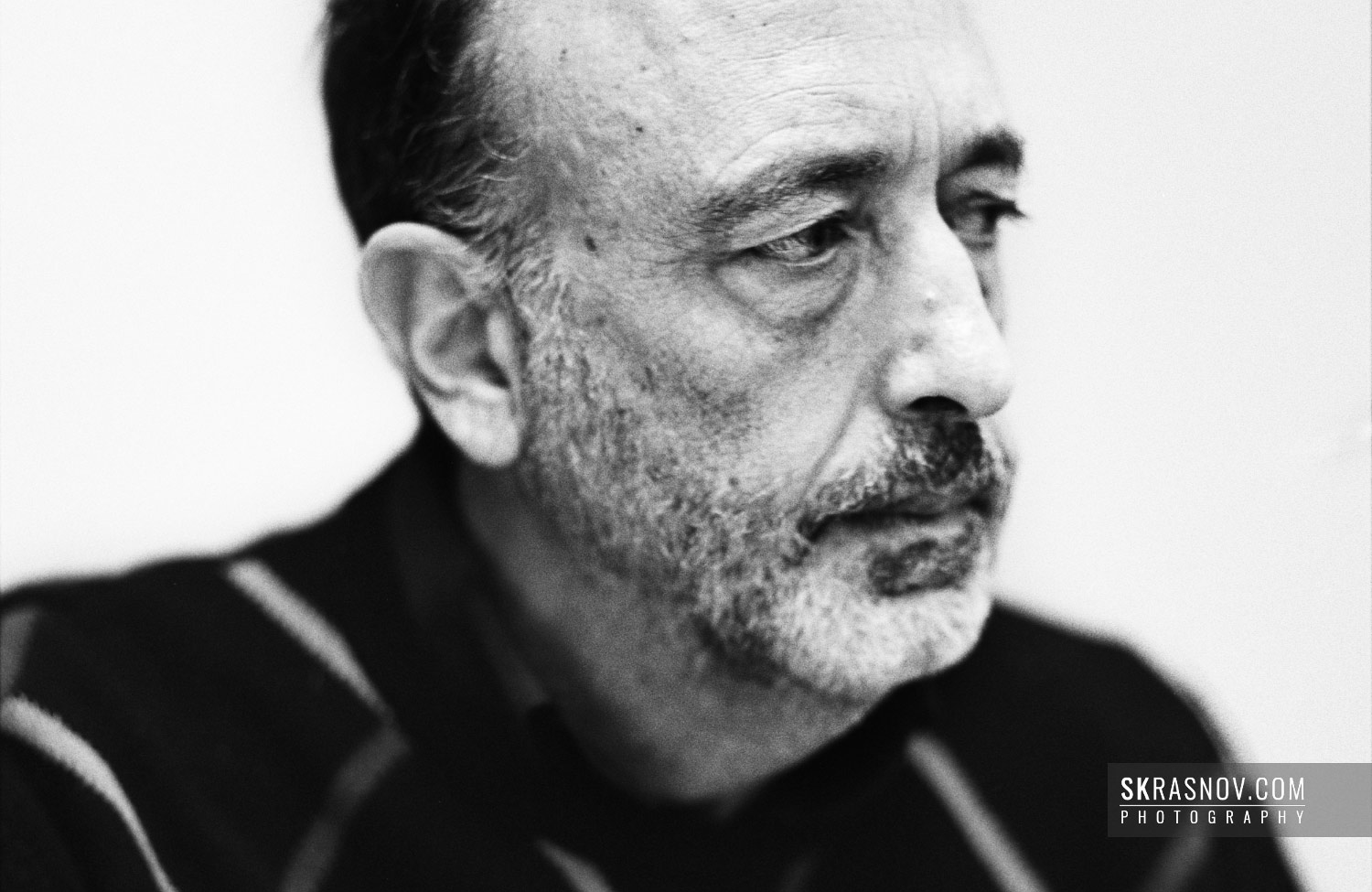 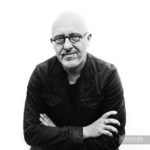 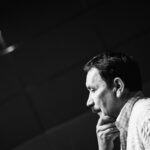