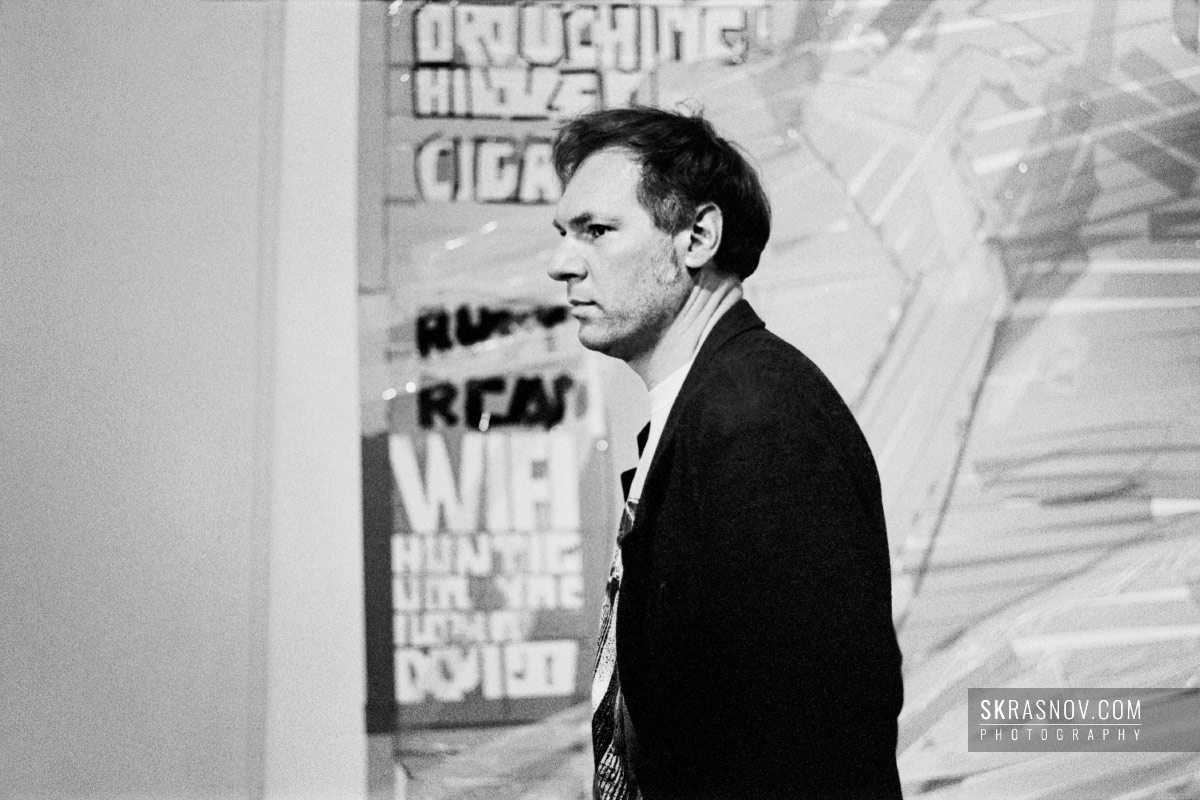 Valery Koshlyakov is one of the most prominent representatives of the Russian art group Iskusstvo ili Smert (Eng: Art or Death). I first saw his art at his exhibition in the early 2000s.

It was created using a very unusual technique — with the help of colored adhesive tape placed directly on the wall of a gallery, where the exhibition took place. Even the poster at the entrance was made in the same technique.

I haven’t seen anything similar before or after that. These works reminded me of frescoes made in a modern but completely unexpected style. 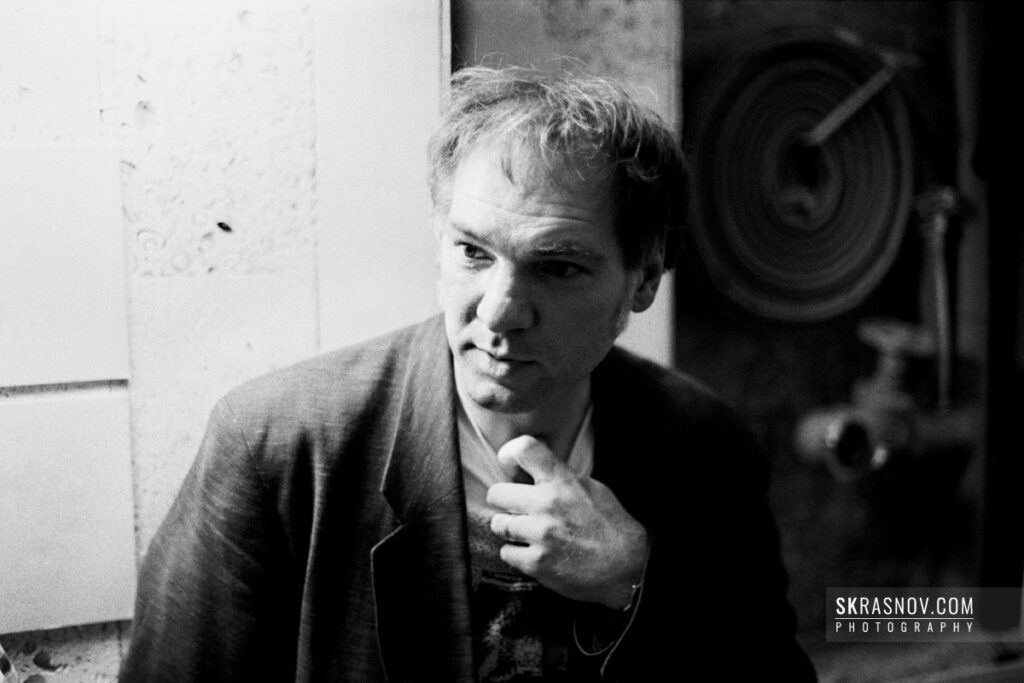 I must say that I was not there by chance. At that time, I was working on a photo project about artists who began their careers with the start of Perestroika.

The art group Iskusstvo ili Smert was one of the most provocative and outstanding art movements during that period. Having existed until the mid-90s, the group broke up, and then each of the participants launched their separate careers.

When I arrived at the exhibition, I had with me a Pentax MZ-5n with a 50mm F1.4 lens, and inside it was Kodak Tri-X 400 film. At that time, I used this combination very often. 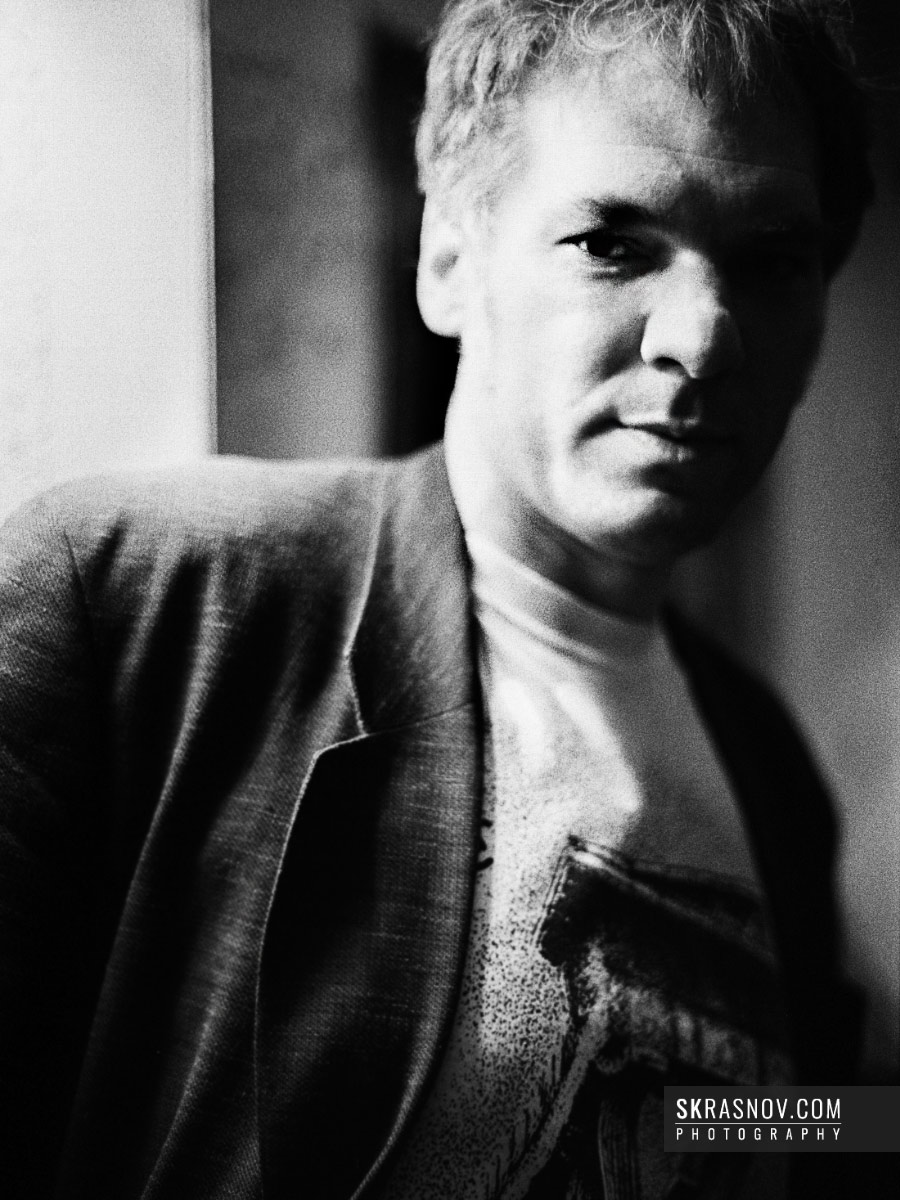 There are always a lot of visitors at an exhibition’s opening, so it was difficult to come closer to Valery as he was chatting with guests all the time. However, I was able to finish the entire film, finding unusual moments, and sometimes counting on luck.

Nevertheless, I kept thinking that it was great to take his portrait in a relaxed atmosphere. And such an opportunity arose several years later, letting me film him at work.

Valery Koshlyakov is experimenting a lot in his work. But one of the distinctive features of his style is the frequent use of cardboard from packaging boxes for household appliances. The technique that he had developed since his student days when due to a lack of money for canvases, he used materials that were at hand.

He also diluted the paint with white pigment because the former was always in short supply. It became liquid, absorbed poorly, flowed down on cardboards, leaving traces. All this gives the impression of unfinished work, a sketch or defect.

It was even a case when gallerist Marat Guelman discovered Valery Koshlyakov’s piece of art in a rubbish bin next to his gallery. It turned out that the workers who were repairing one of the halls decided to dispose of it.

I have known other members of this art group, which included not only artists but also poets, for many years. Valery once complained to me that he was about to hold a major exhibition, but did not have a good portrait of himself for a complete catalog of his works. 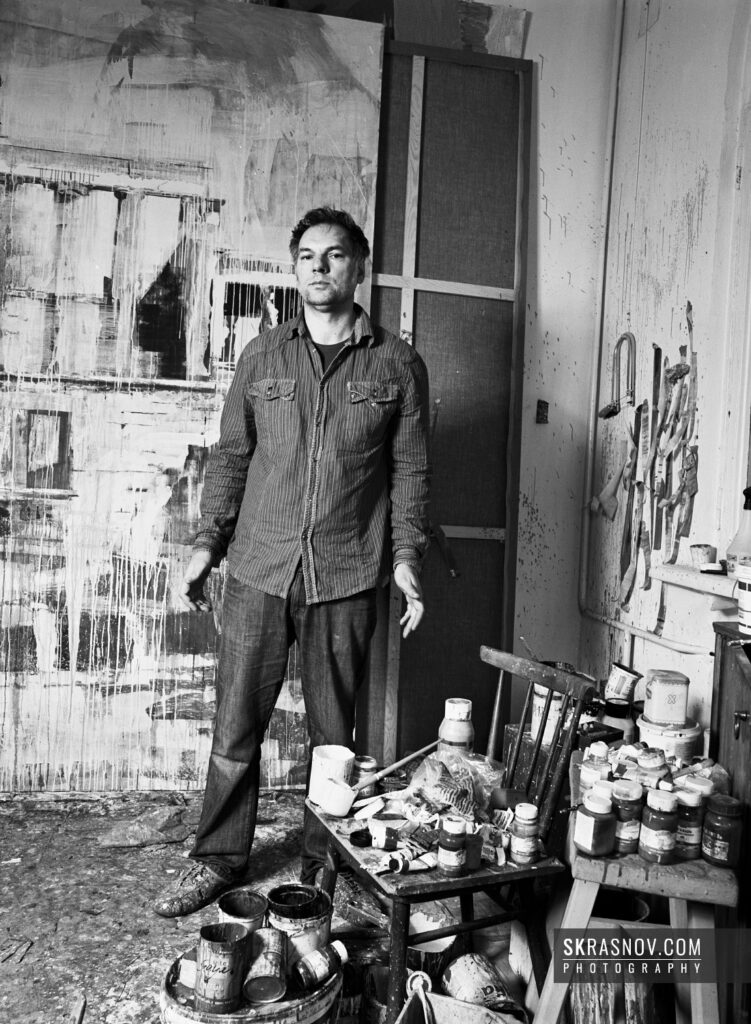 In the image above, I decided to disregard all the rules and make his portrait from the side as if it was a bas-relief on a commemorative medal. 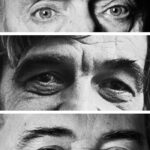 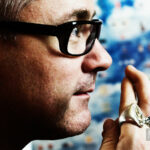