It is probably worth starting with the fact that Garry Kasparov is the greatest chess player on the planet. And until now no other chess player has managed to take away his title of the youngest world champion. And when he retired from chess, his ELO-rating was so high that it was surpassed only 13 years later by another outstanding chess player, whom Kasparov privately advised, — Magnus Carlsen. 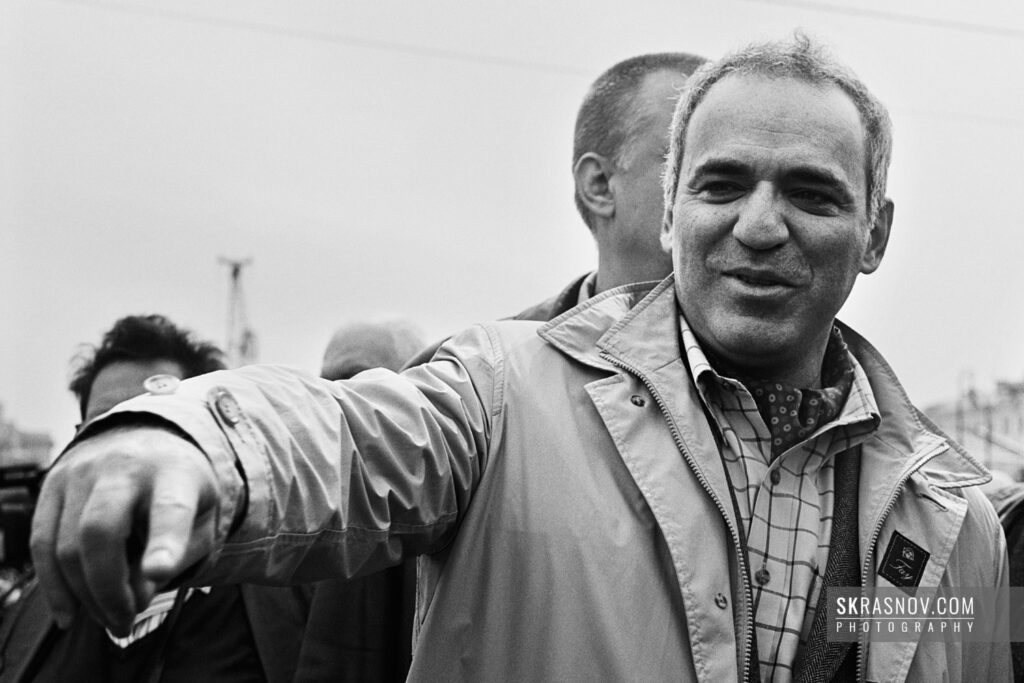 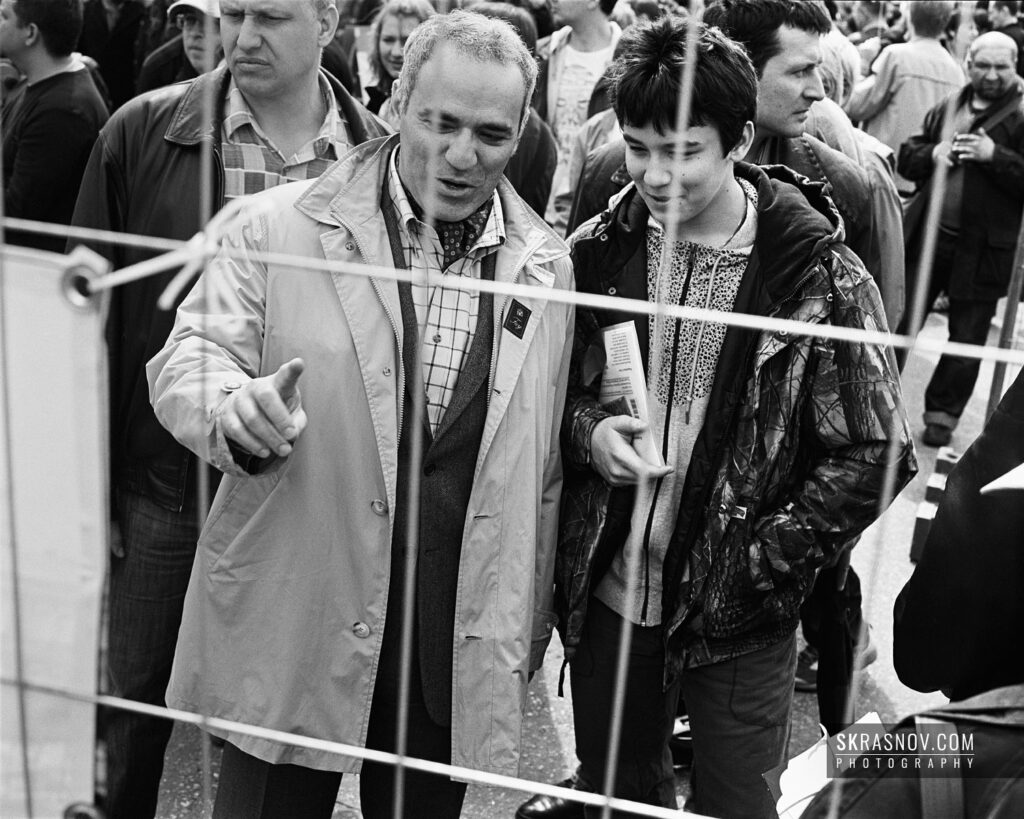 I do not consider myself a big fan of chess but the personality of Garry Kasparov always intrigued me, although it is certainly inseparable from chess. And so it happened that I was at a human rights rally at Moscow’s Bolotnaya Square in May 2010. It is the same place where two years later another opposition rally would be held, which resulted in a major crackdown on anti-government critics.

After retiring from chess in 2000, Garry Kasparov went into politics, hoping that he has certain clout in society and will be listened to. However, it did not happen for a number of reasons. For me, Garry Kasparov is still an outstanding chess player in the first place and not a politician. 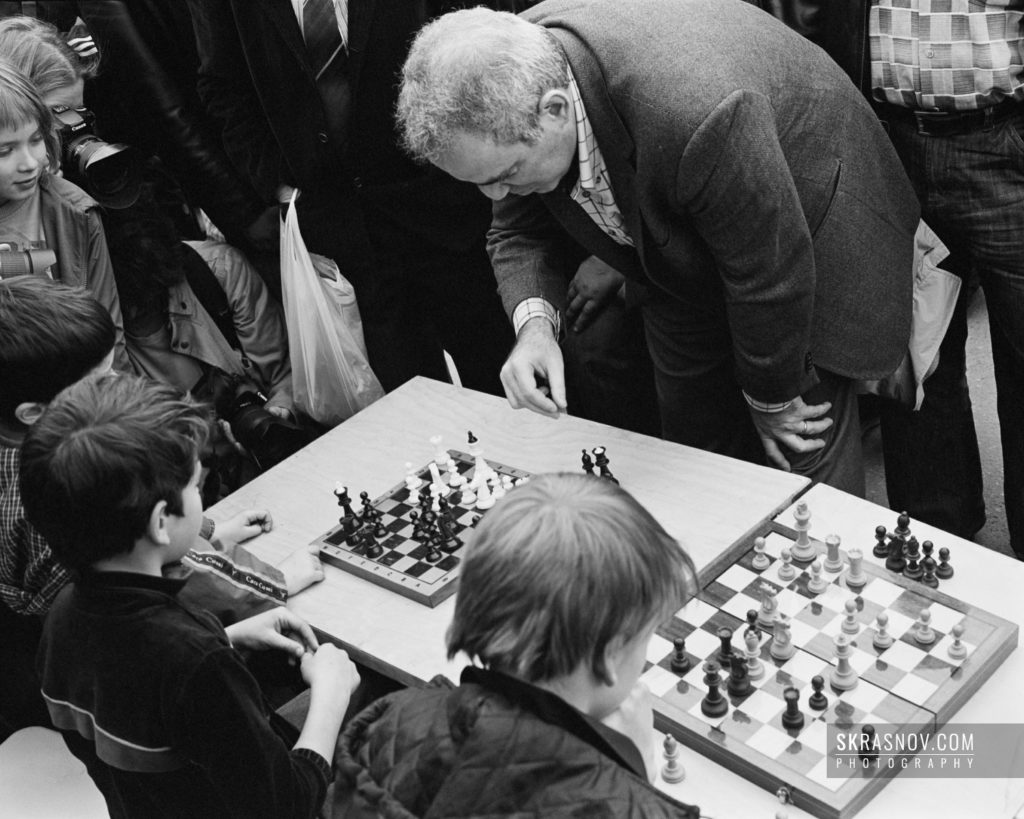 Therefore, I decided against detailing the rally itself, most participants in which particularly looked forward to a game of multi-board chess with him. This mixture of chess and politics at an opposition rally seemed really interesting, while I myself focused on capturing it with my camera.

I wrote earlier about Russian photographer Igor Mukhin, about his tireless ubiquity, that he can make an unexpected appearance. After a while, I noticed that he was on one of my photos from the rally — he is looking around with his arms folded in the upper-right corner of the right frame. 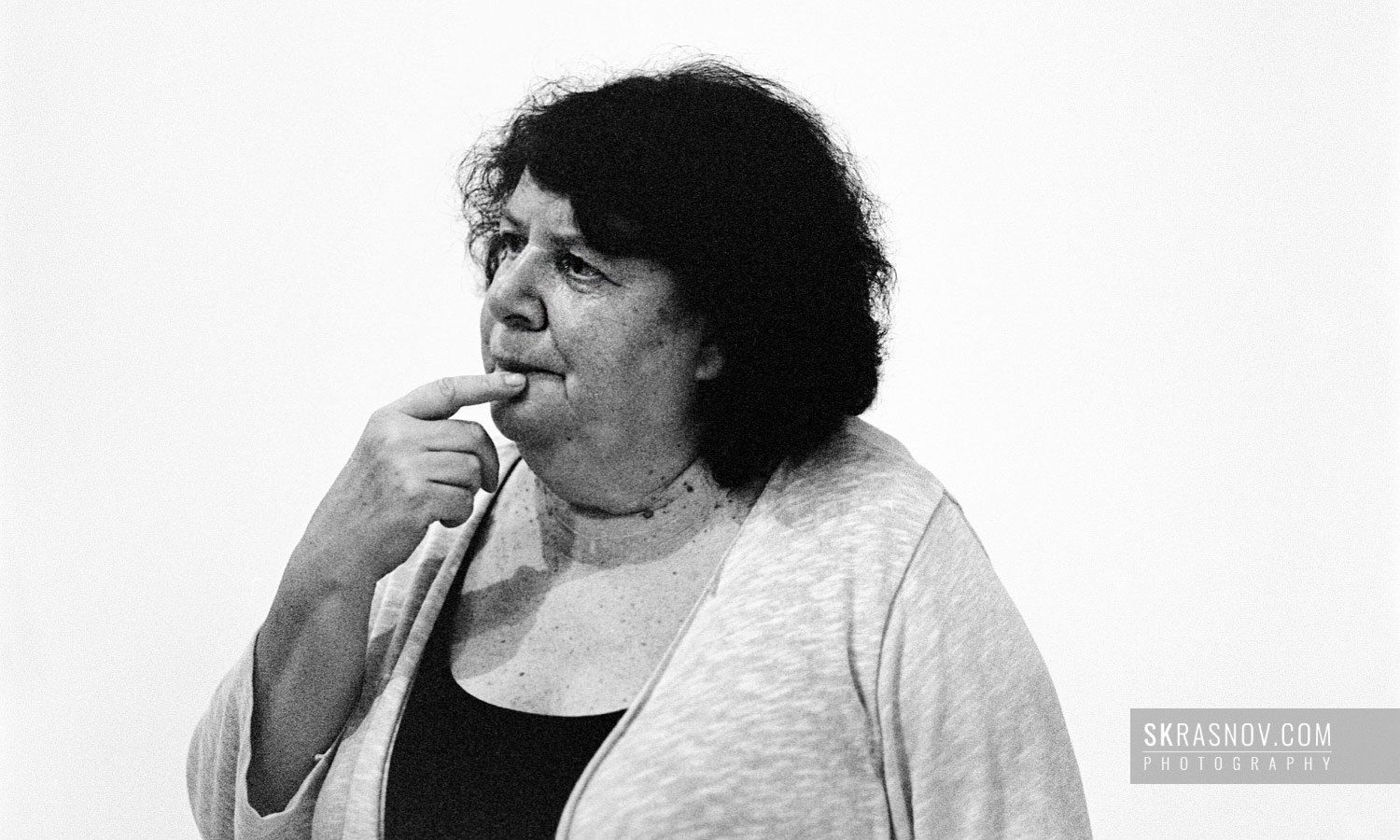 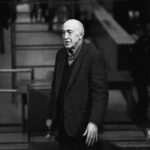 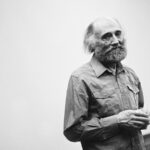